View all homes for sale in BEND, OREGON

Are you relocating to Bend, Oregon? Great choice. Ken Renner specializes in helping families find their dream home in Bend.

Whether you are relocating to Bend, Oregon from some other part of the state or country, or simply moving across town, Ken Renner offers a unique mix of knowledge and experience to ensure that you find the perfect fit for your family, lifestyle and budget.

Ken offers an intimate knowledge of the various neighborhoods and communities within the Bend area, their history, trends, and provides a well-informed, up to the minute understanding of the current market status of each.

Give Ken Renner a call today to discuss your plans about relocating to Bend / Central Oregon.

View all homes for sale in BEND, OREGON

Bend is a city in, and the county seat of, Deschutes County, Oregon, United States. It is the principal city of the Bend-Redmond Metropolitan Statistical Area. Bend is Central Oregon’s largest city, and despite its modest size, is the de facto metropolis of the region, owing to the low population density of that area. Bend recorded a population of 76,693 at the time of the 2010 U.S. Census, up from 52,029 at the 2000 census. The estimated population of the city as of 2020 is 105,418. The Bend-Redmond metro population was estimated at 197,488 as of July 16, 2019. It is the fifth largest metropolitan area in Oregon.

Bend is located on the eastern edge of the Cascade Range along the Deschutes River. There the Ponderosa pine forest transitions into the high desert, characterized by arid land, junipers, sagebrush, and bitterbrush. Originally a crossing point on the river, settlement began in the early 1900s. Bend was incorporated as a city in 1905. Economically, it started as a logging town but is now identified as a gateway for many outdoor sports, including mountain biking, fishing, hiking, camping, rock climbing, white-water rafting, skiing, paragliding, and golf. In 2015, Men’s Journal ranked Bend as one of The 10 Best Places to Live Now. Bend is also home to the last remaining Blockbuster Video store in the world. 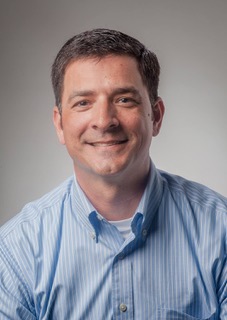